Kava kava root drinks have been enjoyed by humans throughout the South Pacific for thousands of years, with few noticeable side effects or annoying issues. One of the common unwanted side effects of kava is a certain type of itchy, rashy, scaly skin called Kava Dermopathy. Many users do not encounter this side effect (I personally have never had it), but it is not uncommon, and fortunately, it goes away fairly quickly upon cessation of kava use.

In this article, we will look in some detail as to what Kava Dermopathy is, what appears to cause it, and what to do if you find yourself with it.

Kava Dermopathy is a skin condition that sometimes occurs in those people who consume kava beverages, usually those who intake significant amounts. It is most commonly found in the South Pacific and in Australia, where kava beverages are most commonly enjoyed, though it is spreading around the world along with the popularity of kava drinks.

The root causes of kava dermopathy are poorly understood, though several factors that contribute to its effects are clear.

The ingestion of kavalactones, or flavopigments, appears to be the primary cause of dermopathy. It is commonly stated that dermopathy tends to manifest itself more frequently in those who consume the unfiltered root bark itself (i.e. the kava toss and wash method), as opposed to those who consume only the filtered, strained liquid emulsion that is the typical way the beverage has been prepared for millennia.

Dermopathy is also impacted by the overall quantity of kava consumed, over long periods. If you’re just having kava occasionally, or not ingesting heroic amounts of kava tea, then any dermopathy you get is likely to be mild.

There is some suggestion that dermopathy more commonly manifests itself in kava that is non-noble, also known as Tudei Kava. Tudei kava is considered a lower quality kava than Noble kava, and while the understanding of the use of Tudei vs. Noble kava is currently in flux, the general consensus is that it is wise to avoid Tudei Kava, and to stick to only Noble cultivars who have their kava tested in a lab and proven pure.

Unless the kava you ingest is tested, it’s essentially impossible to know if the kava is Noble or Tudei. For this reason, we suggest users stick to reputable brands of Kava that provide lab test results.

A rash that commonly first appears on the hands, neck, back, stomach, or under the armpits, and which may expand in area, assuming kava is continuously consumed after the rash has manifested itself. According to Dermnet New Zealand, the rash is commonly polygonal in shape, and is ichthyosiform — that is, rough, dry, and scaly.

Occasionally in particularly bad cases, the scaly rashes can bleed, especially if they are scratched a lot.

Those areas of skin most exposed to sunlight are more likely to break out in scaly rashes.

There are a few steps users can take to avoid, or minimize, the chances that dermopathy will flare up.

Preparing your kava beverages with complete filtration is an important step to reducing or eliminating dermopathy. Do not use the toss and wash method of ingesting the root bark and liquid; be sure to filter your kava through a nylon mesh strainer bag, or (my preferred method) the Aluball kava maker.

Alternately, you can use a properly made micronized kava, unfiltered, assuming the micronized kava is ground so fine that there are no large particulates present when you drink it.

Many popular brands advertise that they test their kava to ensure that it is of noble variety, and that no Tudei kava is in the mix. Before you purchase your kava, check the literature of the vendor to make sure it is good quality Noble kava. Here is a list of several excellent kavas available on Amazon.

Kava is typically prepared in an aqueous solution, and like any tea, water is a significant portion of the beverage. That said kava is a diuretic like alcohol, and you will naturally shed water from the body when you ingest kava. I strongly recommend that users get additional hydration to combat the dehydrating effects of kava itself.

Drinking water, coconut water, (non-kava) tea, etc. along with your kava beverages will ease the impact of kava on the body, and will help the body keep dermopathy at bay.

Taking a night or two off from using kava will give the body a chance to recover, and will lessen the chances of dermopathy developing. Alternately, by simply lowering the quantity of kava ingested per session, you will give the body a break as well. I know that’s not what users want to hear, but there you go!

If a user of kava finds symptoms of dermopathy on his or her body, the best course of action is to stop drinking kava for the time being. Unfortunately, upon stopping, the rash and scaliness may in fact get worse for a day or so! However, within a few days, will clear up, and likely within a week or so the skin will be fully healed. 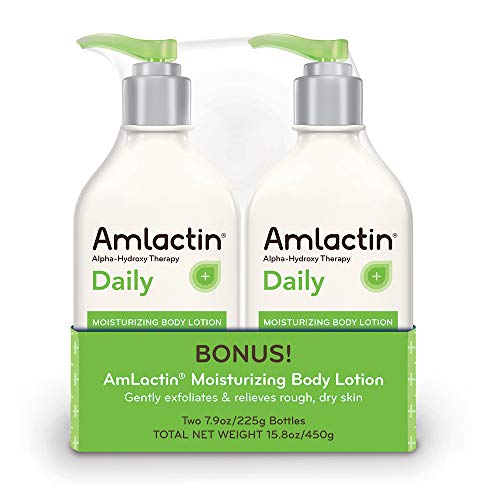 The most commonly recommended topical treatment is AmLactin Moisturizing Body Lotion [Amazon Link] which seems to successfully combat the scaly skin and rash associated with dermopathy. Note: some people report than when they use AmLactin products to combat dermopathy, the sensations are, at least momentarily, quite unpleasant. 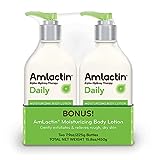 Upon cessation of kava and treatment with Amlactin moisturizers, you should find any signs of dermopathy clear up within several days.

At that point, should the user desire, he or she could re-start kava use, though it may be wise to consider different methods of preparation, a different brand or type of kava, and a reduced quantity of the beverage.

According to KavaLibrary, in the South Pacific islands, users would go on a kava bender for weeks, in order to intentionally induce a large outbreak of dermopathy. Once the dermopathy manifested itself, the users would stop drinking kava, and over the next several days, their skin would peel away to reveal fresh, new, beautifully smooth skin underneath.

It was essentially an exfoliation procedure!

I would advise against this strategy of exfoliation, but I could totally see some enterprising hippy salon owner marketing kava dermopathy as the new it skin care treatment.

For most users, kava rash is not a big deal, and with luck, you’ll never have to deal with it. However, it is not uncommon, so it is wise to know about the condition, and if you encounter it on your body, to know how to combat it. Fortunately, by simply stopping kava usage for a few days, it will go away.