Kava, the psychoactive tea derived from the kava plant piper methysticum, which has traditionally been used throughout the South Pacific for it calming effects on the body, has grown in popularity in the West over the past few years and has many raving fans.

Whether you love or hate the taste is another thing (for ideas on how to make this tea more palatable, see our article How To Make Kava Taste Better). But once you’ve consumed this herbal wonder, you may be feeling the numb mouth and pleasant vibes.

You’ll be wondering how long do kava effects last? It depends on how much you’ve had, and on the quality of the kava, but typically the effects will fade in 2-3 hours and you’ll get pretty sleepy.

How Long Do Kava Effects Last?

There are a few factors that will determine how long the effects of kava will last on your body, the main one being that everyone is different, and as such, there is a no size fits all approach to drinking kava. We’ll go over the other common factors here.

Another thing to keep in mind is that not all kava is the same. There are many brands that are inferior in quality because the tea blends they make will also contain the leaves and stems of the kava plant.

Skip the boxed teas like Yogi Kava Tea, they’re a waste. And avoid the pills, tinctures, and the like — they’re junk, too. And even most of the powders aren’t tested to confirm quality. It’s a wild west out there when it comes to Kava!

For a few recommendations for good brands to try off Amazon: 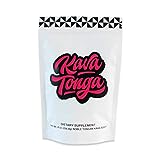 You will want to avoid these varieties, because the traditional tea is only made from the roots of the kava plant, and this is a type that has been traditionally used by the indigenous people of the South Pacific, who have enjoyed the benefits for millennia.

There are two types of kava — tudei and noble. Tudei kava is generally cheaper to buy because the crops produce higher yields. However, because of this it also means there is a higher chance of you suffering from side effects, which may include nausea, headaches, hangover, etc. And Tudei kava typically produces lingering effects for up to 2 days.

Tudei kava has also traditionally been used Tudei only for ceremonial and medicinal purposes.

Noble kava, on the other hand, is usually more expensive since it grows at a much slower rate. This means you are also less likely to suffer from the side effects mentioned above, but benefit from the relaxing effects it has on your mood, such as receiving anxiety.

When shopping for kava, only choose “Noble” varieties unless you know what you’re doing. However, there are issues with bad labeling and counterfeiting. For example, Vanuatu by law can only export Noble varieties, but it is clear that some tudei is getting through.

When shopping for kava, only choose “Noble” varieties unless you know what you’re doing.

A lot depends on how much kava you’ve consumed, and if you’re drinking it in multiple batches throughout the evening, or in one shot.

Kava to Get Mellow

As mentioned above, different people have different tolerance levels. But a reasonable dose for an average adult would be 2-3 tablespoons of kava processed into kava root drink.

This level of kava could be consumed in 1-2 drinks, and would likely provide its pleasant effects for 2-3 hours.

Kava to Get Krunk

And if you want to get krunk, you may aim for 6-8 tablespoons, which would be consumed over multiple drinks.

The effects of this will likely go on for 4-8 hours, since you’re continuing to add kava to your body.

The maximum dosage recommended by manufacturers of noble kava is between 450-500 milligrams per serving over a full 24-hr period. But people in the South Pacific regularly consume much more than that without ill effects.

Kava works by accumulating in the body, so if you want to sip throughout the day, you shouldn’t drink more than the recommended amount, although smaller doses taken over this period of time won’t have the same dramatic effect as drinking it all in one go.

If you want to drink kava all at once though, it will provide a relaxing experience for your nervous system for around four hours. This is why some people drink it before work, because it allows them to focus more, or be more creative.

4. Did You Fast Beforehand?

If you fast for 4-5 hours before consuming kava, you’ll likely have a stronger sensation that will last longer. If you ate a big meal right before or after having kava, you’ll find the experience is dulled, and the effects will dissipate sooner.

Obviously though, we don’t advise you to do this if your job involves driving or operating heavy machinery. Also, your body’s metabolism will have an effect on how it handles kava.

Metabolism is how your body reacts on a cellular level to what it consumes, and the rate in which your body metabolizes kava will be different from person to person, depending on your genetics. Most people will feel the height of the effects kava has on the body after around two hours of drinking it.

What To Watch Out For

Besides making sure that you buy noble kava, which is made for daily consumption, you also need to know that just like everything, drinking kava every day doesn’t come without its risks.

Although it’s more than safe when you follow the guidance on the recommended dosage on the label, if you consume large quantities of kava, it can cause skin irritation, like itching, scaling, rashes, loss of sex drive, and nausea.

In fact, nausea can get so bad that it can lead to losing weight (along with the fact that kava is zero calorie)! from not being able to eat, and can also cause liver damage in more severe cases, because heavy kava consumption affects the flow of bile, which helps your liver to do its job of detoxifying the body.

Don’t go crazy with your dosage, and avoid junk kava. People have been drinking lots of kava for a thousand years, but they haven’t been taking kava pills!

How long do kava’s effects last? Well, that will depend on the dosage you take, as well as the way your body metabolizes it. But typically in the range of 2-3 hours for regular doses of kava, and 6-8 for high doses over multiple cups.

Start slow and get used to the effects (and taste!). As you get more comfortable with it, you can add a couple of additional teaspoons and see how things go. Good luck!