Yogi Kava Tea Stress Relief is the most well-known Kava in the world. It is found in grocery stores all across the United States, and internationally. Yogi’s prepackaged tea [Amazon Link] is likely the first encounter most people will have with the concept of Kava, and the idea that Kava can relieve stress and promote relaxation.

In some ways, it is an excellent introduction to the world of kava, but the effects produced by Yogi Kava Tea are essentially nonexistent. At least, they pale in comparison to what is experienced by those who use actual Kava Root, or Instant Kava.

In this article, I will do a Yogi Kava Tea Review, look closely at it, and explain whether or not it is worth purchasing.

The Yogi brand Kava Stress Relief Tea is a blend of Kava Root Extract (78mg per tea bag), as well as an herb mixture of carob, sarsaparilla, cinnamon bark, ginger root, stevia, and cardamom (totaling 2,025mg of the herbal blend). 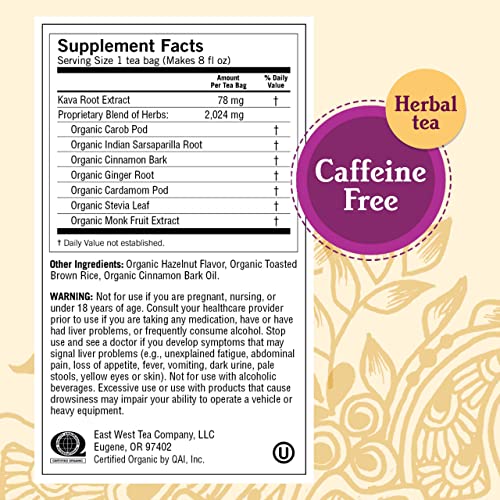 All of these flavors combine to produce a tasty, slightly sweet brew that masks the muddy, earthy flavor of kava. This tasty tea gently eases those who try it into the world of kava without starting with a coconut shell filled with what looks like muddy dishwater.

So does Yogi kava tea work?

I suppose that depends how you define work, but if you’re looking for the Stress Relief, unfortunately, Yogi Kava Tea doesn’t work very well.

The downside to this tea is that it gives essentially no effect reminiscent of a real kava preparation. In fact, it should be re-branded as Anise Stress Relief tea, as there’s more licorice flavor than kava in it.

There is no official information available on what exactly this kava extract is, though from what I could gather it is a 30% extract. It is unclear whether this kava is noble or tudei kava, what its country of origin is, how it has been harvested, how the extract was made, etc.

My assumption is that Yogi Kava Tea is using a small amount of kava, and some good marketing, to sell basically a placebo sleep tea. Apparently, it’s working well, given the sales of Yogi Kava Tea!

My assumption is that Yogi Kava Tea is using a small amount of kava, and some good marketing, to sell basically a placebo sleep tea. Apparently, it’s working well, given the sales of Yogi Kava Tea!

Virtually all of the effect of Yogi Kava Tea is placebo, unfortunately. With only 78mg of kava extract per tea bag, potent to around 30% effectiveness, users should expect to get about 23mg of kavalactones per teabag.

From this dose, not much can happen.

A typical dosage of kava root powder is in excess of 150mg of kavalactones (the set of active compounds in kava brews that produce an effect).

Even if every ounce of the kava extract is converted to kavalactones, there still isn’t enough to produce any effects of note.

Additionally, the typical response users have to kava kava is “reverse tolerance”. That is, the first time someone uses kava (even a potent brew of kava root), they will likely not feel much of an effect. The second time, they may feel more. The third, more again, etc. The body gets used to the presence of kavalactones, and the effects become more pronounced.

Given that, it is even more unlikely that new users will feel much of anything from this tea.

It’s possible that some users, especially if they brew with multiple bags of Yogi Kava Tea, may notice the classic mouth-numbing effect that is extremely pronounced when real kava root brews are consumed. And users may feel a little sleepy, as well.

It’s possible that some users, especially if they brew with multiple bags of Yogi Kava Tea, may notice the classic mouth-numbing effect that is extremely pronounced when real kava root brews are consumed. And users may feel a little sleepy, as well.

But beyond that, there is not any stress relief effect to speak of.

Most typical teas are made by pouring boiling hot water, right off the stove, into a cup with tea leaves. Yogi’s Kava tea is made like “regular” tea.

Should you decide to try Yogi Kava Tea, be sure to let the water cool down for a minute or two after it has boiled. You should probably use at least three bags of tea in order to get any sort of effect.

But even with that, you probably won’t get much of any effect.

However, actual kava root powder drinks are prepared very differently. The traditional preparation involves kneading and squeezing a bag filled with powdered root, soaked in water. It’s a painstaking process that’s a bit of a hassle. It’s also unnecessary nowadays. (more on that in a moment)

Real kava can produce powerful relaxation, muscle relaxant, and general peaceful well-being effects. Yogi Kava Tea doesn’t do that. I strongly suggest you save your money and purchase one of the many medium grind kava root powders available on Amazon, or a micronized kava like Kalm With Kava’s Fijian Loa Waka.

Typically these are taken in larger quantities (2-4 tbsp) and are much more potent than Yogi Kava Stress Relief tea when properly prepared.

The mild, almost non-existent impact of the 23mg of kavalactones per bag of Yogi, plus any impact from the herbal blend of sarsaparilla, anise, etc., may produce mild sleepiness. But beyond that users are not likely to feel any high. And nothing like the sensations produced by a potent kava root tea, or a micronized kava.

There are likely no side effects to taking Yogi Kava Tea, as the primary effects are so mild themselves. There are potential side effects to more powerful kava root powders, especially when taken improperly. But it appears there is no concern here, since kava is such a minor ingredient in this tea, despite the top billing on the label.

It is recommended that users not drink alcohol or drive after taking Yogi Kava Tea, and I agree that this is sensible advice. You may feel drowsy from this stuff.

Pregnant women are advised to stay away, even from this low dose of kava, as kava and pregnancy are not a good mix.

Other Kavas to Try

If I’ve convinced you that Yogi Kava Tea isn’t worth your time, that’s good. But what kavas are good for a beginner?

If you’re brand new to the world of Kava, you have two basic choices to start with: you can choose to go with a Micronized/Instant Kava or get an Aluball. 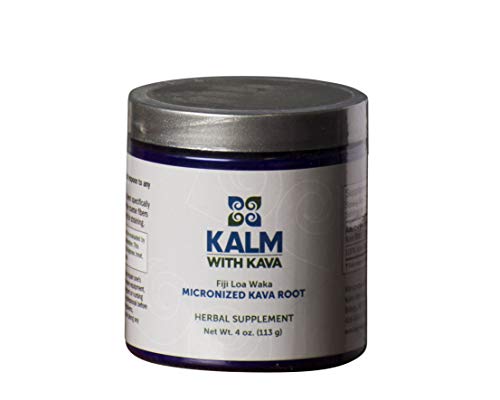 The Loa Waka Kava shown above is a micronized kava. It’s super easy to prepare. This type of kava can be stirred into water and drunk without kneading and straining. However, it’s expensive per dose, and may give a bit of stomach upset. 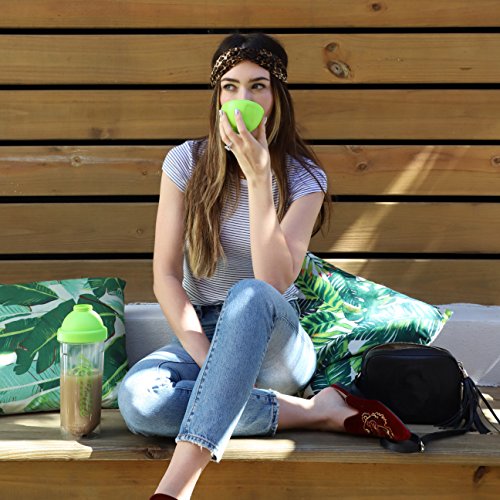 You can also choose to get any medium grind kava (such as Dua Na Bilo (reviewed here) or Kalm With Kava’s Pouni Ono and brew your real kava with an Aluball Kava Maker (which I look at here).

This system is very simple and makes Kava in a manner similar to a protein shake. Just put a couple of tablespoons of kava in the ball, put some hot water in, and shake.

Voila. The Power of Real Kava!

We hope you found this Yogi Kava Tea Review helpful. There are many wonderful kava root powders and micronized kavas available online and in certain areas, though probably not at your local grocery store.

If users are interested in feeling the potent pleasant sensations that high-quality kava can produce, I strongly recommend you skip the Yogi Kava Tea I’ve just reviewed.

Aim higher and choose something like Dua Na Bilo or Wakacon’s Fijian Kava.

And after you have your “real” kava brew, you can wash the nasty taste away with a cup of Yogi Kava Tea. It doesn’t produce any real effects, but at least it tastes pretty good! 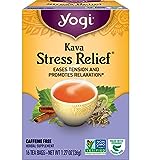