Many are switching away from alcohol as a mood-enhancing beverage. This is often due to the mega calories in beer, wine, and sweet cocktails. For those who don’t want those excess carbs, but still want a mind-expanding, mood-altering beverage, is there any option other than slamming straight whiskey or gin? Yes!

Kava tea is a fantastic alternative to these alcoholic drinks. So how many calories in Kava? How many Carbs in Kava? There are almost no calories in kava and no carbs in kava.

Kava is quite a low-carb and low-calorie drink, assuming it is consumed without adjuncts. However, when you start to mix in fruit juices and the like, things can change quickly!

Let’s dig into the details below.

Assuming you’re not mixing kava with any sweetened juices or other beverages the average serving of kava will have close to zero calories and carbs.

We’re talking approximately 10 calories and 0 carbs when it comes to pure kavas prepared the traditional way.

Let’s dig into the calorie and carb math.

Researchers Lebot and Cabalion did a great study on the makeup of kava in the 1980s (unfortunately not available online for free), and what they found offers good news for those who are watching their calories.

First off, as fresh kava is typically unavailable outside of the Pacific Islands, we are looking today at beverages made from the dried root only, and in this example, we’re talking a traditional ground root such as Dua Na Bilo’s Fijian Waka Kava (reviewed here), as opposed to a Micronized kava.

A typical serving of this kava, in an Aluball (my preferred method of making Kava), would probably be 3 tablespoons of ground root, mixed with a couple of cups of 0 calorie water. 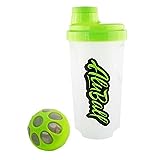 If we assume that each tablespoon of ground root weighs 7 grams, then we’re talking 21 grams of kava root total in a serving.

Now let’s add up the starch, sugars, and proteins, which (along with the kavalactones) make up the bulk of what one will imbibe. These make up about 50% of the Kava. So we can take the 21 grams and divide it in half, to get 10.5 grams.

From there, we can multiply by four to find calories, getting at about 40 calories per serving, and about 10.5 carbs.

But wait, what about all that leftover root in the strainer?

Unless you’re tossing and washing your Kava (which you should not do), you won’t be consuming nearly that many calories or carbs. Virtually all the starch and fiber stays on the other side of the strainer. These are the bulk of the calorie and carb numbers above.

After subtracting out the leftover root, Kava contains nearly 0 calories and nearly 0 carbs!

Just as black coffee and black tea end up with essentially a zero calorie beverage, Kava works the same.

So Bula, and drink up!

The downfall of Kava is the… acquired… taste. I think it’s fair to say that the taste of Kava is pretty awful.

There are various tactics you can use to mask the taste, typically involving fruit juices, honey, coconut milk, chocolate syrup, peppermint, and the like. These adjuncts are almost universally sweet and are often super high-calorie.

These will blow your numbers very quickly. So if you’re watching your calories or carbs, avoid these, even if they do make the Kava taste a lot better!

I find that chasing my Kava with carbonated waters, such as the flavored, but zero calorie Le Croix sparkling water, I have no trouble with the Kava taste.

There’s something about the carbonation sensation that overwhelms the taste buds, and quickly removes the flavor of the Kava from my mouth.

It’s worth trying, and to me is a much better and healthier way of helping get the Kava down than fruit juices and the like.

So go ahead and drink your Kava, and you can stay paleo, whole 30, low carb, keto, low calorie, whatever. Kava is as acceptable under all those diets as coffee is. Drink up guilt-free, but just don’t add those fruit juices and other adjuncts.